My story begins when my oldest son, Dylan, was born on August 8, 2013. Like many first-time mamas, I had researched the extensive benefits of breast milk. Aside from the plethora of information available on the topic, breastfeeding was just something I had always wanted to try for myself and for my baby. After all, I had been planning for motherhood since I was 4 years old 🙂

I’ll never forget those hazy first hours after delivery; My lactation nurse, Liz, gently and expertly guiding me as my baby latched for the very first time. I learned about colostrum, the nutrient rich “liquid gold” that a newborn baby only needs a few drops of for those very early feedings. I was in complete awe of this magical elixir that my body was making for my sweet boy. Two days later, my milk came in fast and furious, just as Liz had advised it would. I had never been so happy to be sitting in a sopping wet shirt in my life! I felt so excited and so grateful to begin my journey into motherhood.

“Throughout my pumping journey with Dylan, I made just enough milk to support him – I never had a surplus. At this point in time, milk donation was not on my radar.”

After returning home from the hospital and 3 weeks of exclusively breastfeeding, my excitement had turned to pure exhaustion. I began pumping so my husband could help with feedings and I could take a break. From then on, I started pumping after my son nursed to start storing milk in preparation for my return to my full-time job. Dylan was 4 months old when I went back to work. Breastfeeding was going well for us, and I planned on pumping at work so I could continue providing milk while my son was at daycare. Initially, this was NOT easy. Many tears were shed during this time along with the roller coaster that was my milk supply. After a few months, I found my groove and was able to manage this schedule for a full year. Throughout my pumping journey with Dylan, I made just enough milk to support him – I never had a surplus. At this point in time, milk donation was not on my radar.

“The second time around was vastly different for several reasons, but the biggest change was my unexpected, abundant milk supply.”

On January 20, 2016, we welcomed our second son, Luke, into the world. My goal again was to breastfeed and pump for my baby. The second time around was vastly different for several reasons, but the biggest change was my unexpected, abundant milk supply. A stark contrast from my first experience! Before long, I had an entire freezer full of milk. I really had no idea at the time what I was storing for – I knew I wasn’t going to be able to use it all for Luke, but I continued to pump and save. During this time, I saw a story on my local news about Mothers’ Milk Bank Northeast (MMBNE), which is an accredited, nonprofit community milk bank that provides donated, pasteurized human milk to NICU babies in fragile health throughout the Northeastern United States. They were announcing the opening of the first milk depot in CT, located at the Acelleron office in the next town over. Talk about serendipitous timing!  After watching that story, I felt like I was being led to this cause and knew I had to contact MMBNE for more information on becoming a donor.

I called the next morning and was put in touch with Morgan, a Donor Intake Coordinator. First, she shared with me MMBNE’s mission as a non-profit milk bank. She explained the importance of milk donors and their crucial role in helping babies in need. Then, I answered a short series of qualifying questions. From there, I was sent paperwork to complete, along with instructions for a blood draw, which MMBNE covered the cost. The milk bank follows a strict screening process, established by the Human Milk Banking Association of North America. After about 3 weeks, I was notified that I had passed, and I could begin donating.

During the waiting period, I had combed the milk bank’s website to learn all I could about donation and the impact milk donors have on the lives of the precious little recipients. Some of the reasons a baby may require donor milk include:

“Just one ounce, or 30ml of breast milk, can equate to three feedings for a baby in the NICU.”

One fact that has stuck with me from the beginning is just one ounce, or 30ml of breast milk, can equate to three feedings for a baby in the NICU (potentially more for micro preemies who sometimes only take a few millilitres of milk per feeding). This blew my mind. I thought about the milk I had stored so far and realized I could provide hundreds of meals. I had witnessed first-hand the benefits breast milk provided to my own children, and I was eager to share it with those in critical need. 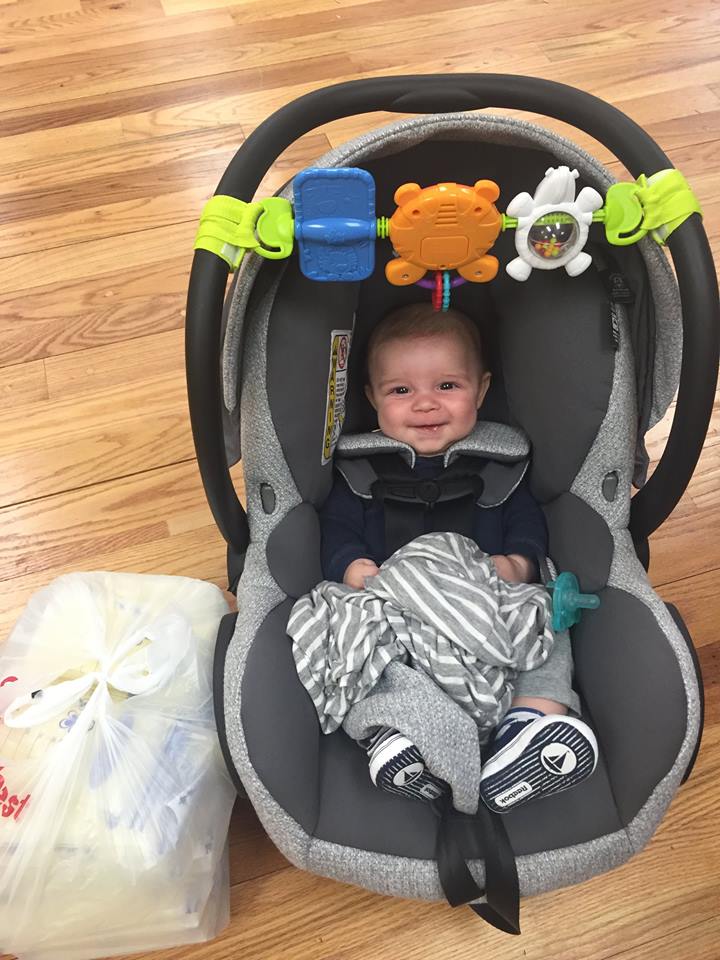 I’ll never forget my first donation drop. I met an amazing woman named Jan who oversees the Acelleron milk depot in Guilford, CT. She had me complete the “milk drop” paperwork, packaged up my frozen milk, and sent it off to the milk bank lab for processing. The whole process could not be easier! I looked forward to making these bi-weekly trips with my boys to drop off my donation (and to visit our friend, Jan!). But, if I decided I no longer wanted to drop off my donation, MMBNE would simply send me the boxes to fill, which would be picked up and shipped to them directly. 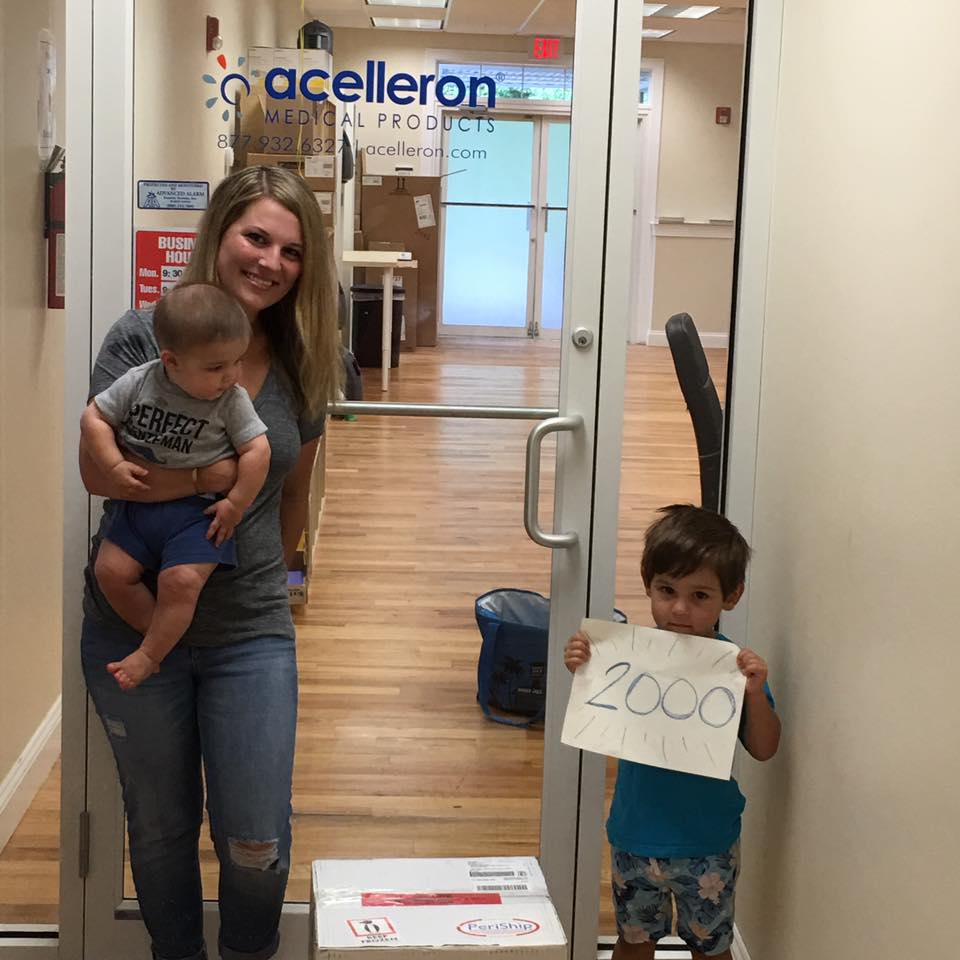 To offset the screening cost to the milk bank, a donor is asked to commit to a minimum donation amount of 150 ounces, which I ended up fulfilling in my very first drop. Just for fun, I set loose donation goals for myself along the way. By this point, I was pumping twice a day strictly for donation since my son nursed most of the time. After about 8 months or so, I was ready to part ways with my very well-used pump. Over my months of pumping, Luke and I lovingly donated 2,453 ounces of “liquid gold.” My success would not have been possible without the support of my husband, who would always help by washing my pump parts, but more notably, willingly gave up ice cream in exchange for freezer space to store the breast milk for the better part of a year 😉 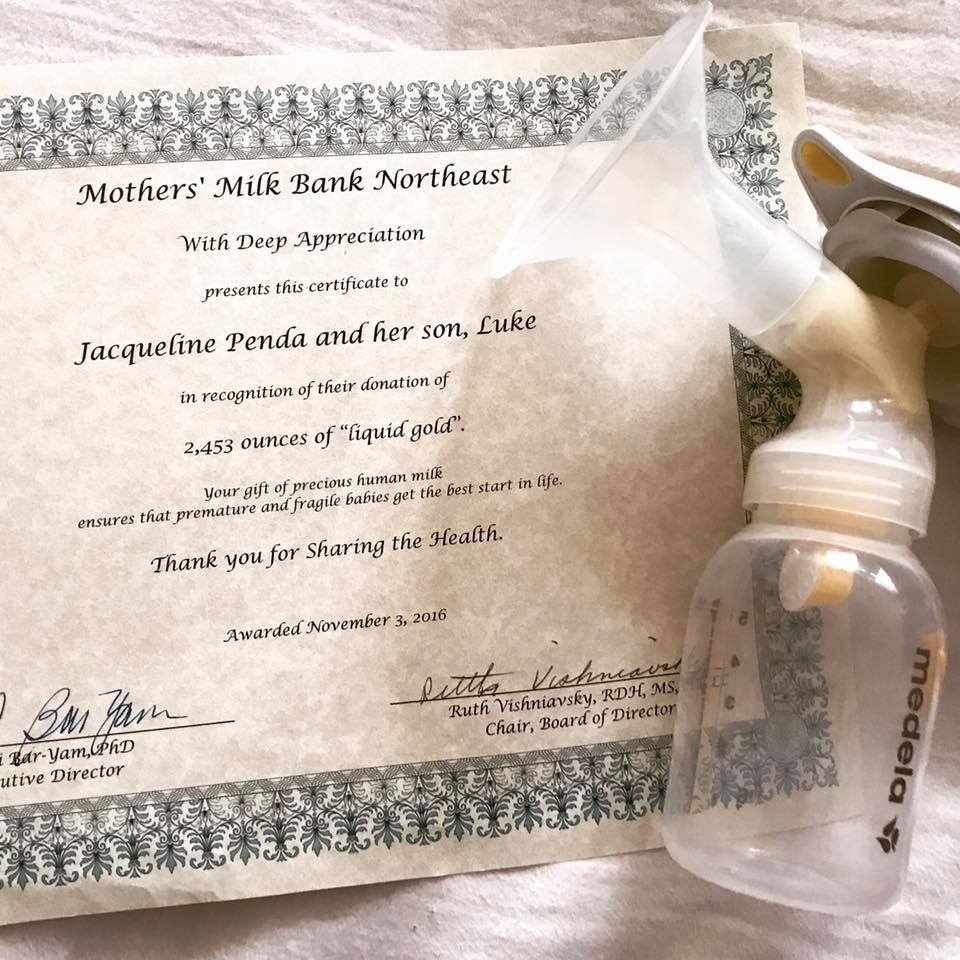 “I will forever be an advocate of milk donation as I feel it is part of my personal mission to help spread awareness and education on this important topic.”

Becoming a milk donor has been one of the most enriching experiences of my life. I feel blessed and humbled that I was fortunate enough to provide nutritious, lifesaving, essential milk not only to my children, but to countless babies in need. It was truly a labor of love and knowing that I made a direct impact in the lives of others is deeply rewarding. This journey also further sparked my passion for supporting mothers and families. In addition, I have gained many wonderful friends, professional connections, and had the honor of meeting with a family who benefited from donor milk. I will forever be an advocate of milk donation as I feel it is part of my personal mission to help spread awareness and education on this important topic.

Milk donors are always needed! If your baby’s needs are being met and if you have extra milk to spare, I encourage you to consider becoming a donor. You can find more information on milk donation from the following resources: https://milkbankne.org/ and  https://www.hmbana.org/ 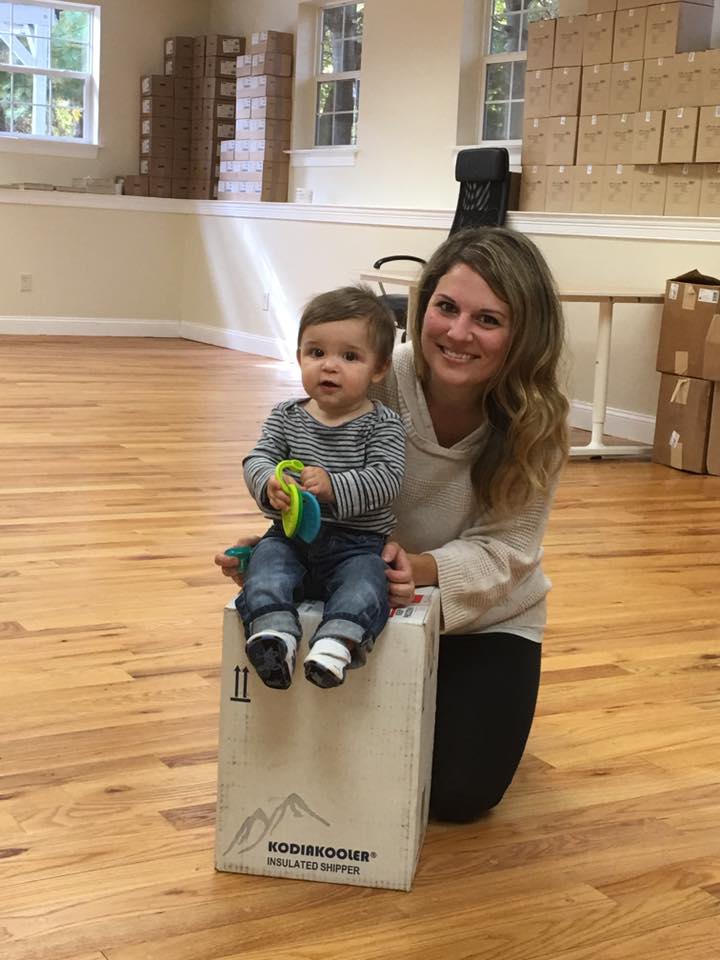